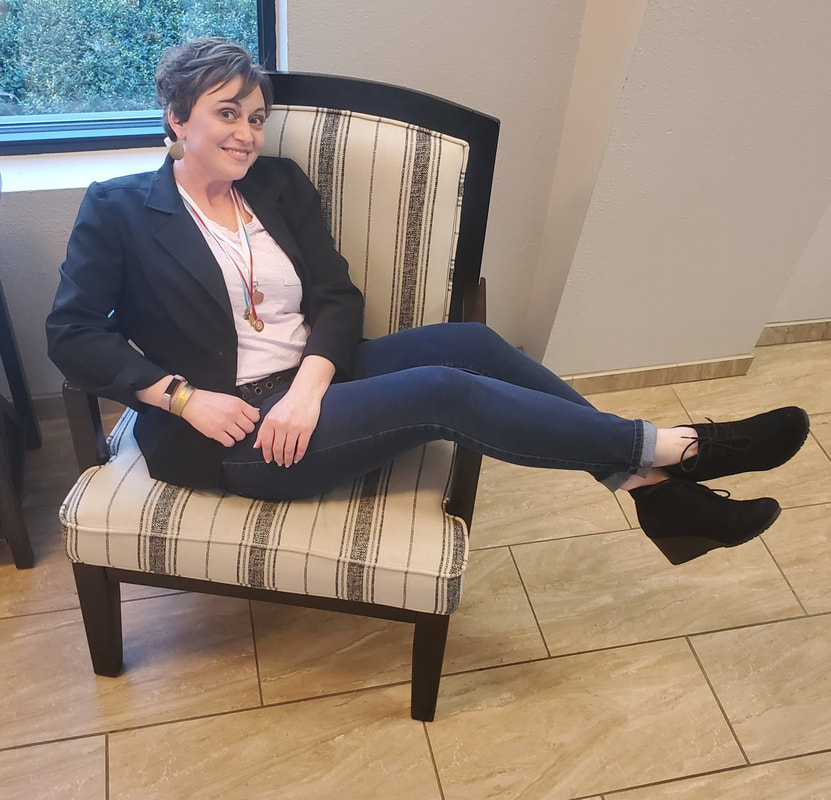 Dawn has been an active member of Sweet Adelines International for 18 years. Her love of barbershop began alongside her mom by singing and dancing in the Sooner Sensations Show Chorus. As a second generation barbershopper, Dawn's musical family background has given her not only the knowledge, but especially the desire to share her love of song and dance. This desire led her to sing in and choreograph for OK City Chorus, Tulsa Metro Sound Chorus, and Wichita Chorus. She competed with OK City Chorus at the international level and with Wichita Chorus in The Harmony Classic International Competition. Dawn has sung tenor in multiple accomplished quartets, including Couture, the 2018 Region 25 Champion Quartet, who went on to compete at the international level. Currently, she sings with Wildfire! Quartet and is looking forward to competing again soon.


Currently, Dawn is Interim Director for Sooner Sensations Chorus, choreographer for The Vocal Sounds of Oklahoma, the local men's chapter of the Barbershop Harmony Society, and visual coach for Perpetual Sound Quartet. She has also previously held several leadership roles in Sooner Sensations Chorus, including choreographer and tenor section leader. Her service to Region 25 includes Communications and YWIH Coordinators and has been involved with multiple area Youth in Harmony workshops as the event organizer, choreographer, and a member of the faculty teaching quartet.


Dawn is newly wed to her barbershop husband, Joe "Beast" Krones, Bass of the 2011 BHS Champion Quartet, Old School. He is a strong support for Dawn and the chorus by providing coaching and private voice lessons. Dawn's children are also musically inclined, and her daughter, Kristina, sings in the chorus and Perpetual Sound Quartet. ​Co-Teamleader
Renee Folmar
Renee joined the Sooner Sensations chorus in 2009 and was appointed to the management team within the first few months after joining and has been on management team every year since. She wanted to be involved in her chorus and thinks that the management team is a good fit. She has been employed for over 23 years at Moore Norman Technology Center as the accounts receivable clerk. Renee received her Bachelor's degree in Organizational Leadership in July 2018. Renee and her wonderful husband, Pat were married for over 34 years when he lost his battle with pancreatic cancer in November 2018. They have two children, Jennifer and Patrick, and 14 grandchildren. Renee loves singing and loves being a member of this wonderful chorus. She grew up singing in church and throughout her years in school. She didn’t know this kind of singing existed until her daughter joined a Sweet Adeline’s chorus. Jennifer got Renee started in her journey as a member of the Sooner Sensations Show Chorus and is so proud to be a part of this wonderful organization. Renee says she is really looking forward to all the wonderful things that will be coming our way as we move onward and upward together as a chorus!! 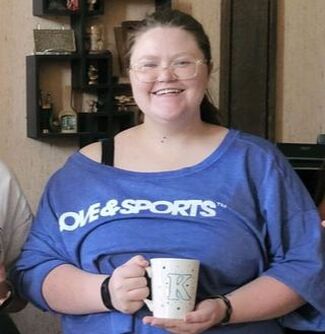 Membership Coordinator and Co-Teamleader
Kristina Henderson
​ Kristina has been singing all her life, thanks to her mother and grandmother. She has been a member of Sweet Adelines since she was twelve years old. She currently sings lead in The Young Woman in Harmony quartet, Perpetual Sound, and has been singing with them for four years now. Kristina has an adorable son named Leon, whom she loves and adores, he even attends some rehearsals and loves hearing us sing. 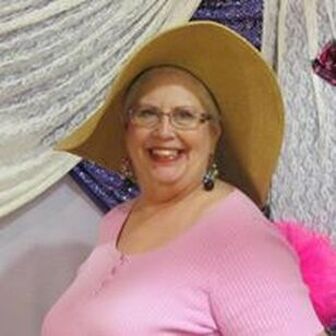 Secretary
​ Harriet Routon
Harriet joined Sooner Sensations October of 1994. She has been a team member on  and off since joining the chorus.  For two years she was financial manager. She is on the membership committee .  She sings lead and also sings tenor when needed. 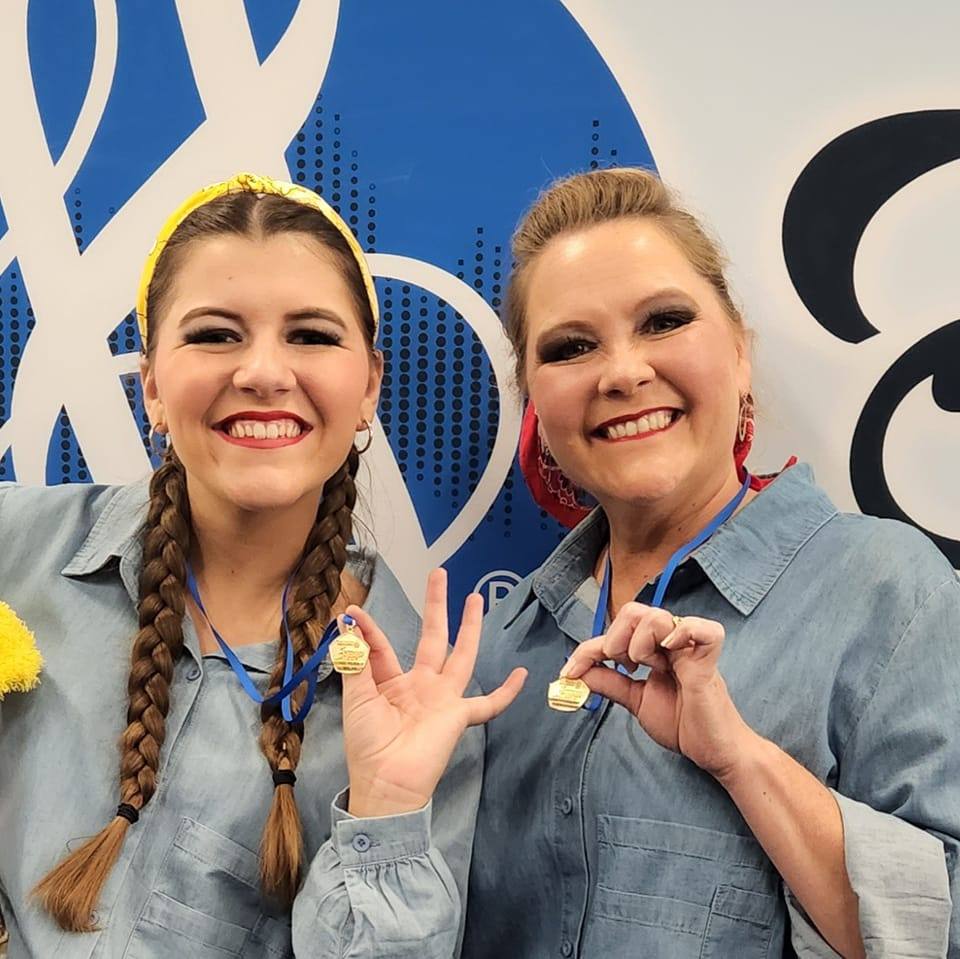 Social Media Coordinator
Diane McGuire
Diane has been a part of Sweet Adelines for ten years after her mom took her to see the Sooner Sensations’ 25th Reunion show and has been enthralled ever since. Diane was a member of the first fully chartered Young Woman in Harmony chorus in Sweet Adeline's history, Bassically Treble Chorus. She sings bass alongside her mom, the bass section leader in the Sooner Sensations. She has been a part of her school choirs since she was eight. She was in her varsity mixed choir during her junior and senior years of high school where she lettered and earned her letter jacket. She was honored to be dubbed the “Social Media Lady” by her fellow team members. On top of singing alongside her mom and being the chorus social media lady, she is the bass of the Young Woman and Harmony quartet Perpetual Sound.​ 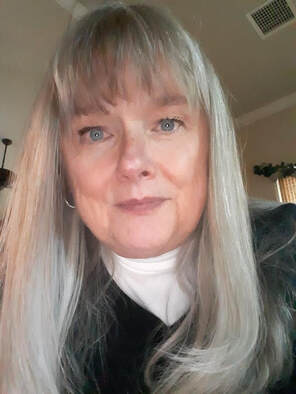 Barbara Williams
Show Committee Coordinator
Barbara joined Sooners right before Covid. Born in Buffalo, NY, moved to Muncie, Indiana where she grew up and where she was always in a choir and was in a folk-rock group her junior and senior year in High School. Since then she has always sung in church choirs and a ladies' group in the church. Barbara has a BA in Psychology from Ball State University. She is Married to her incredible husband, Rob whom she has three children and eight grandchildren. She currently lives in Norman, Oklahoma.
​

One of the things we as a chorus pride ourselves on is the fellowship of singing with our family. We have multiple mother/daughter and sister duos along with two family trios in the Sooner Sensations.